The mission of Brownsville Early College High School (BECHS) in working partnership with the University of Texas Rio Grande Valley (UTRGV) is to develop knowledgeable citizens and emerging leaders who are engaged in the life of their community. We embrace teaching excellence, active inquiry, lifelong learning, and rigorous scholarship in service to the common good. We honor the creativity, cultural, and environmental heritage of our region.

Opening its doors in 2008, BECHS in partnership with UTRGV offers an accelerated educational experience where students can earn a high school diploma and up to 60 college credit hours simultaneously. BECHS also provides support to students through academic mentoring, counseling, and innovative academic support programs both at the University and on the BECHS campus.

Since opening in August 2008, BECHS has graduated approximately 202 students. 30% have received an Associate’s in General Arts Degree, and 85% have earned 60+ college credits. 99% of the students are Latinos, 97% are economically disadvantaged, and 95% have continued their enrollment in a university. Collectively, they have secured over $8,000,000.00 in college scholarship funds, including three Gates Millennium Scholars. BECHS students earn a high school diploma and between 50 and 70 college credits, all while maintaining a 2.5 average GPA. BECHS students consistently outperform other first-year UTRGV students in passing and retention rates. In fall 2015, the BECHS cohort of 153 students attended UTRGV on a full-time basis and received higher passing rates in Biology, English I, History I, College Algebra, and Pre-Calculus. 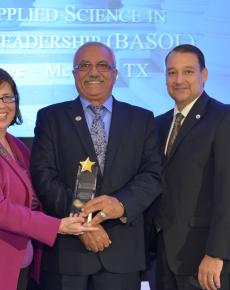 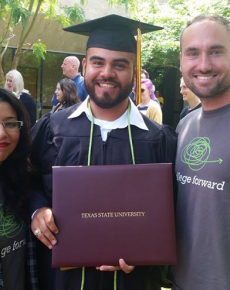