Math Jam program provides new students with an engaging, no-stress environment in which to experience success before they begin their fall math course. Collaborative activities, competitions, guest speakers, out-of-classroom activities, and community building help students feel comfortable in a college math class, understand the benefits of advisement and tutoring, and make friends with their teachers, classmates, and tutors. During Math Jam, students meet their Student Success Team (counselors, coaches, and tutors) and become acquainted with campus resources. After Math Jam, students move on to a first-year pathway, with guaranteed fall and spring schedules, including English and math classes, a GE course, and a student success course. In 2006, Math Jam served 85 students; in 2014 the program served over 1,900 students (61% of whom were Latino/Hispanic); and in 2015 we expect to serve 2,400 students. Math Jam was chosen as a California Practice with Promise in 2009 and received the prestigious national 2012 Bellwether Award for Program Innovation at the Community College Futures Assembly in Orlando, FL. Math Jam, as a component of the First Year Pathways Program, also received the California Community College Chancellor's Student Success Award in 2012.

The goals of the program are: to promote connectedness to the campus community; development of a network of friends and support; identification and use of campus resources and services to enable the student to succeed in first-year courses and persistence to the second year of college.

(1) completed the last course in the pre-collegiate math sequence (Intermediate Algebra, Math 131) more than two and a half times faster than students not in the program by the end of seven terms;
(2) completed Math 131 and English 1A (Freshman Composition) more than twice as fast as the comparison group by the end of seven terms;
(3) had an increased sense of self and enjoyment of mathematics and reduced mathematics anxiety among Math Jam students based on a mixed-model ANOVA conducted in 2011.

Overall, Math Jam students completed their first semester of math with improved attitudes towards mathematics and were better positioned to succeed in math than a comparable PCC math student. The comparison group reported increased math anxiety and decreased enjoyment of mathematics throughout the term. Lastly, evaluators recommended that Math Jam should be supported because of its ability to move students through the math sequence faster than a comparable group of PCC students.

A post-Summer Jam survey conducted in Years 1-4 (2006-9) revealed the positive experience the students had: 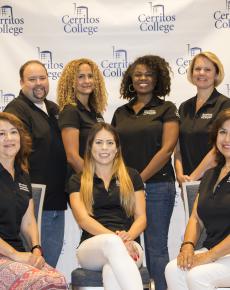