Return to HSIs and the Changing Landscape Main Page

GRAPHIC 1:
The CARES Act appropriated $3.5 billion in emergency relief funding to 539 HSIs. A breakdown of the funding is described within. 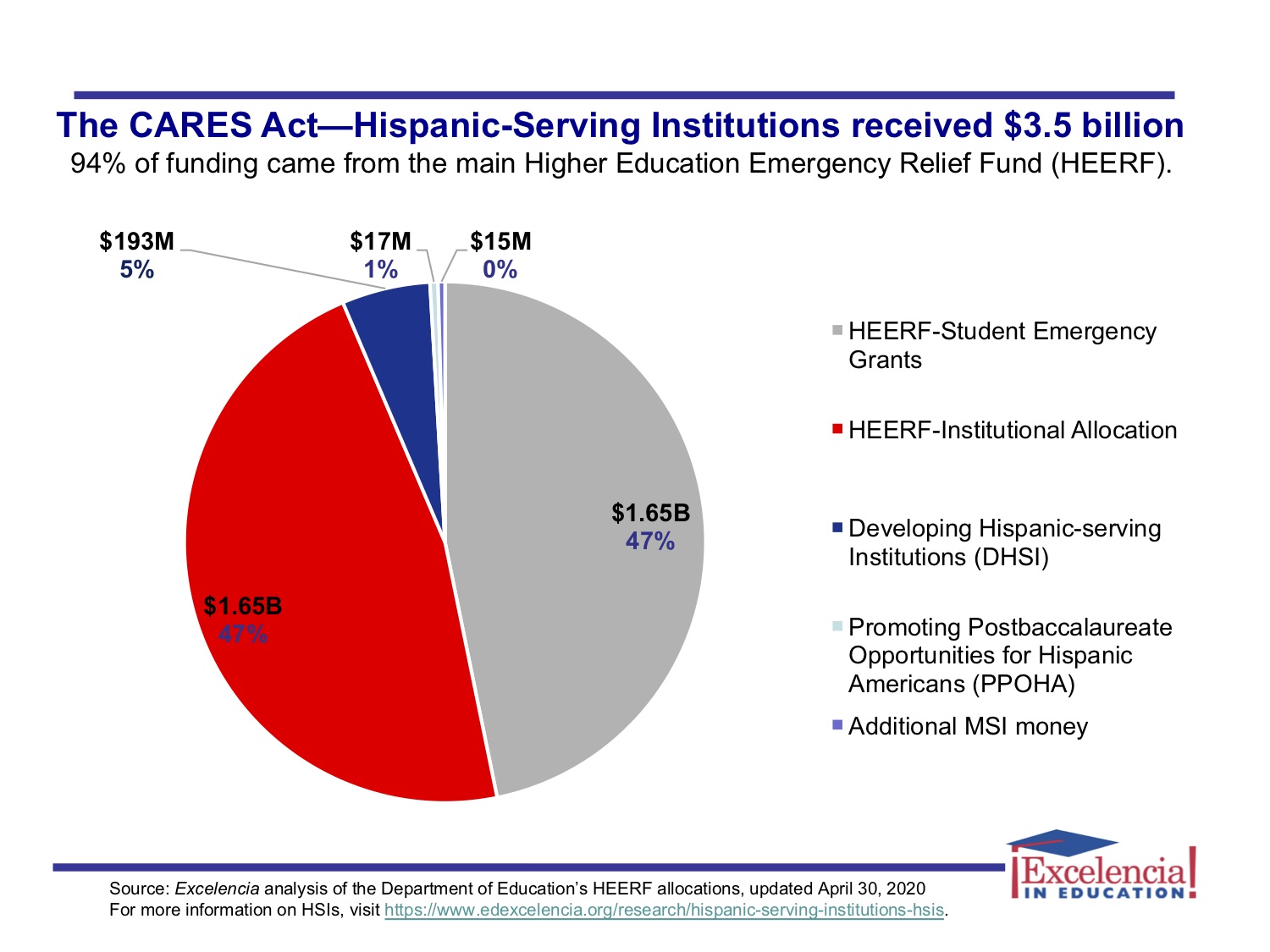 GRAPHIC 2:
The CARES Act set aside an additional $1 billion for Minority-Serving Institutions (MSIs). HSIs represent a significant majority of MSIs and received about 20% of the funding. 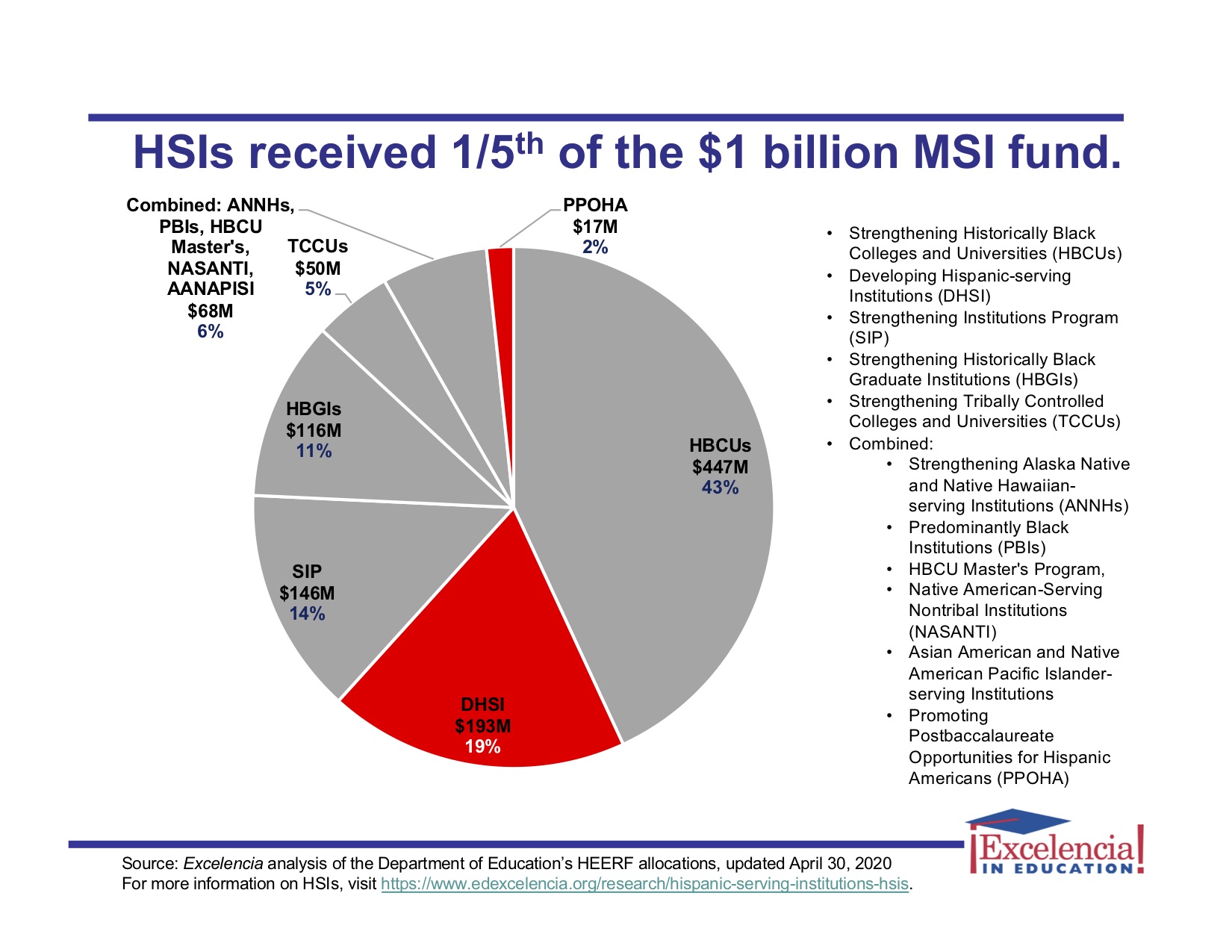 GRAPHIC 3:
HSIs enroll more part-time students and Pell Grant recipients than non-HSIs. This matters as the allocation for the CARES Act is based on full-time enrollment (FTE) and to calculate an FTE, it takes 3 part-time students to equal one FTE. 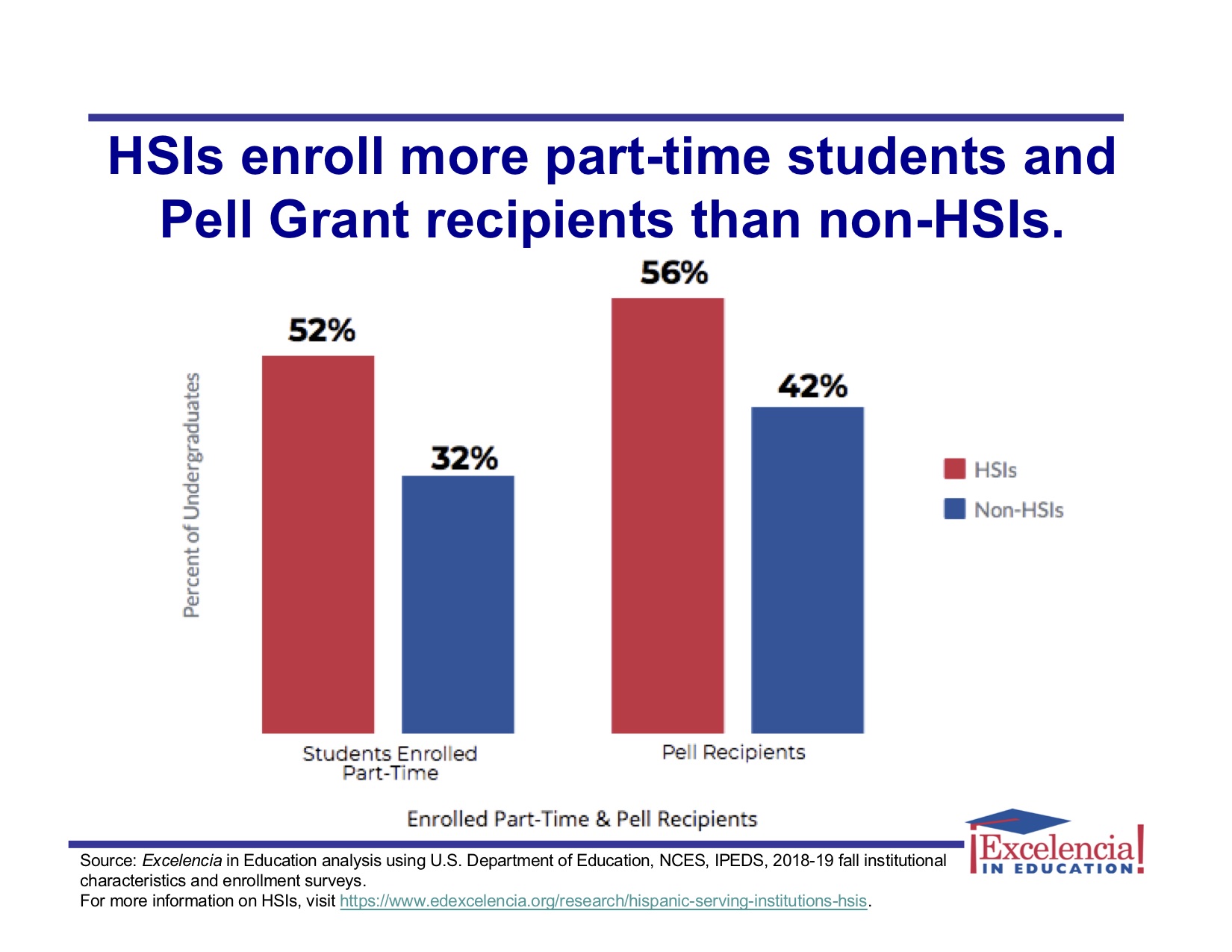 GRAPHIC 4:
While HSIs received more funds from the CARES Act, on average, than non-HSIs using full-time equivalent (FTE) as a count, more students at HSIs attend part-time. When counting for each student enrolled, HSIs received less funds per head count than non-HSIs. 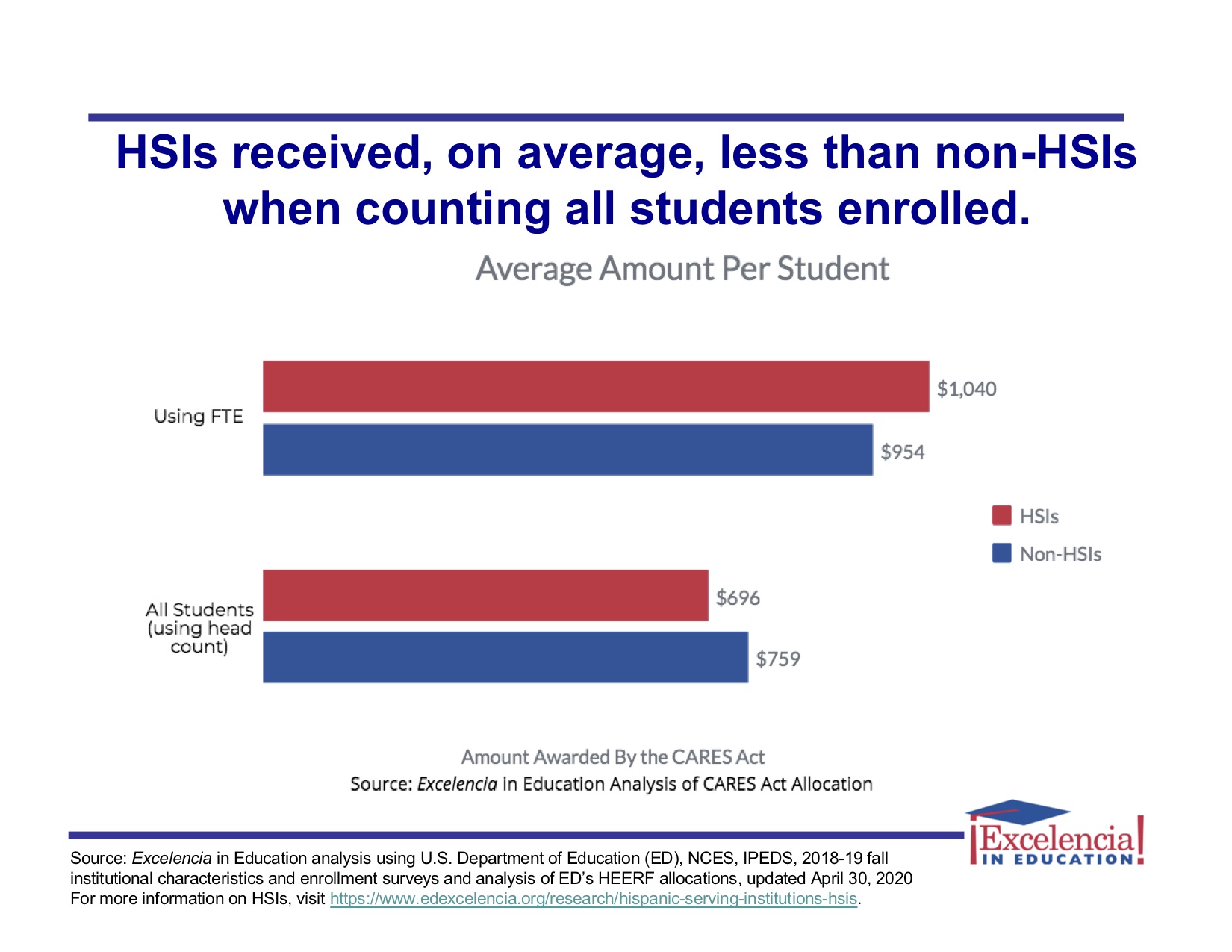