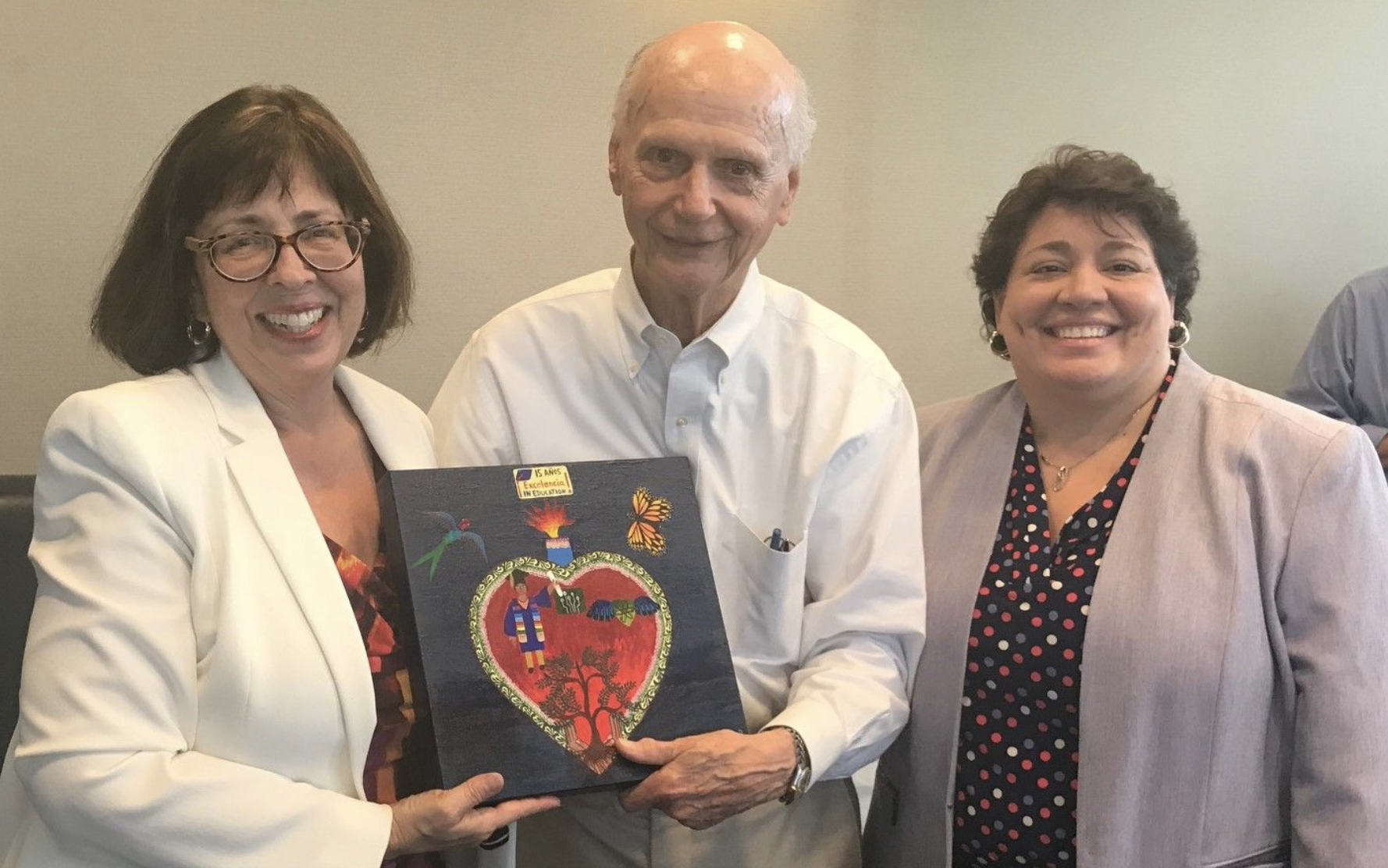 Excelencia honors and gives its Heart to Richard Riley, former U.S. Secretary of Education, who supports Excelencia as an advisor and partner in higher education advocacy. While they served in government, Secretary Riley considered Sarita Brown and Deborah Santiago as part of his team of educational professionals working to make this country strong and counted on their expertise and experience. When Sarita and Deborah launched Excelencia he called upon them as subject matter experts regarding Latino student success, evidence-based practices and the growing importance of the Latino workforce.

Vital to the organization, he was willing to take on the issue of promoting Latino student success and supported the initiative Ensuring America’s Future by Increasing Latino College Completion. He became a spokesperson at the Capitol Hill announcement and in follow up discussions with grant makers and reporters. Former Secretary Riley remains directly involved, promoting Excelencia’s mission with his network and leading by example by making personal donations to the organization to motivate others to do the same. Excelencia honors Richard Riley for being a great national leader and dedicated partner in Excelencia’s work to change Latino student success for the betterment of the nation.