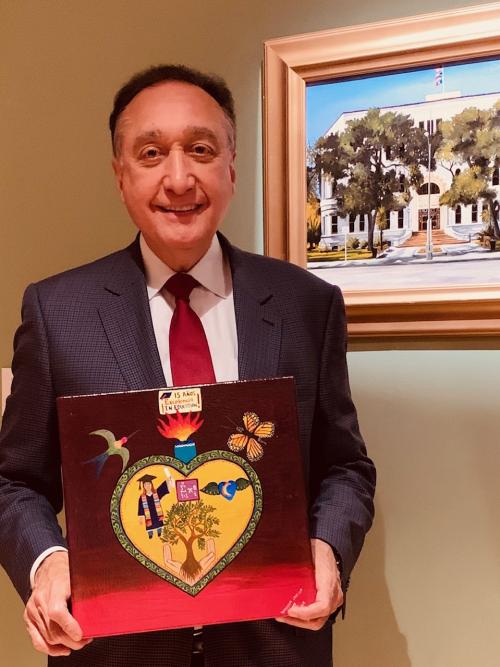 Excelencia honors and gives its Heart with deep appreciation to Henry Cisneros, former U.S. Secretary of Housing and Urban Development, for his unwavering support and continuous counsel since the organization’s founding in 2004. From the inception, Cisneros was directly engaged to advance Excelencia’s success as he foresaw the impact the organization could make to benefit Latinos and the nation. He introduced Excelencia to major entities that became initial funders and thought leaders. His counsel and sustained encouragement led us to create the Seal of Excelencia, as he was the first person to assert higher education needed a “Good Housekeeping-seal of approval” for students, families and funders to recognize the institutions that advance Latino student success. We thank him for public support of Excelencia’s cofounders and his acknowledgement we have the expertise, track record of public service and credibility to help transform higher education to better SERVE Latinos. Henry Cisneros is a visionary leader within the Latino community and the country, who remains an important part of Excelencia to this day.