Con Mi MADRE aims to empower young Latinas and their mothers through education and support services that increase preparedness, participation, and success in post-secondary education.

Con Mi MADRE was founded in 1992 but received its non-profit status in 2009. It is currently the only non-profit in Central Texas that supports and encourages young Latinas in their pursuit of post-secondary education while requiring mothers to be a part of the process. The majority of the girls are from low-income backgrounds and are first-generation college students. Con Mi MADRE has a long collaborative history with UT-Austin's School of Social Work, and offices within the School with access to academic experts and interns. The curriculum provided to the mother-daughter teams is entirely bilingual and culturally relevant in order to provide an inclusive learning environment. Since 1992, more than 2,840 Latina mother-daughter teams have been served. The program serves approximately 700 mother-daughter teams annually (1,400 individuals). In 2012, Con Mi MADRE expanded programming to include post-secondary persistence services. First-year post-secondary students received one-on-one mentoring and workshops throughout the year to help them navigate the higher education system.

In 2013, 65% of all young Latinas enrolled had a 2.5 GPA or higher (42% had a 3.0 GPA or higher) and 75% of upperclassmen were enrolled in rigorous courses (e.g., AP, dual credit courses).
· Of the 122 participating seniors in 2013, 100% graduated high school and 92% enrolled in post-secondary education.
· Of first-year post-secondary students, 95% matriculated into their second year in 2013.
· Collectively students received $1,013,760 in financial aid and scholarships in 2013.
· All of the girls and mothers reported that getting a post-secondary degree as a top priority. 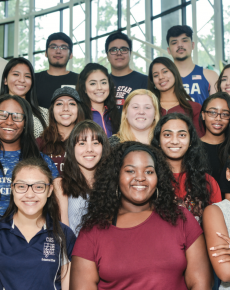 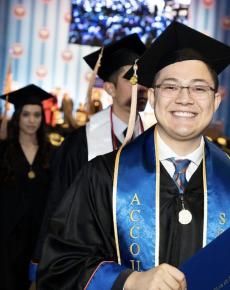 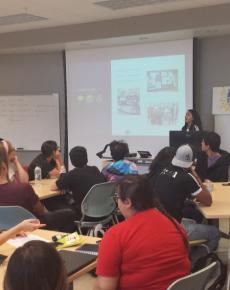