The Community Scholars Program seeks to provide support to first-generation college students, who typically represent diverse racial and ethnic backgrounds. Participants are identified and considered for the program based on their high school academic and extracurricular achievements. They attended high schools that did not have the same access to college preparatory courses (such as AP or IB courses) as private or parochial schools. Nevertheless, these students took advantage of all of the best their high schools had to offer, and are often class presidents, mentors, and valedictorians with stellar grades. The program was developed in the late 1960s as a mechanism for enrolling more local Black District of Columbia residents. The program has evolved over the years to include other students of color and to serve primarily first-generation college students from across the country.

The Class of 2014 had 60 students in their cohort, of these students:

75% of them graduated within 4 years.

92% are anticipated to graduate within 6 years.

Approximately a fourth of them have studied abroad.

Learn more about Latino College Completion in District of Columbia

Related Programs in District of Columbia 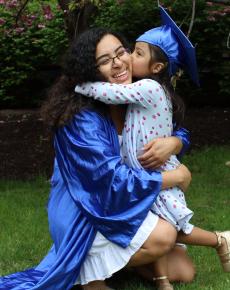