The Santa Ana Partnership was formed in 1983 by Santa Ana College (SAC), UC Irvine, CSU Fullerton, Santa Ana Unified School District (SAUSD), and the City of Santa Ana to elevate academic achievement and the college-going rate in one of the country’s most densely Latino populated cities (94% in the K-12 population, 78% in the city, and 60% at SAC). Santa Ana ¡Adelante! is the latest initiative of the Santa Ana Partnership. The project guarantees that all SAUSD students who graduate high school, enroll at SAC, and complete all academic and transfer requirements will be admitted to UCI or CSUF. ¡Adelante! promises to pay for the first year of college for SAUSD students and provides students a laptop for their freshman year.

The percent of students entering college-ready from SAUSD has grown: 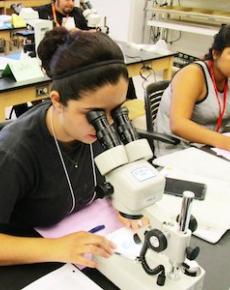