Encuentro Hacia El Exito – Encounter to Excellence (ETE) has been designed to permanently increase the institution’s capacity to dramatically shift the number of freshmen students achieving success during their first two years. After closely reviewing the retention rates, student grade point averages, survey data on quality of life, and the qualitative data, the university gave the program close to $1 million dollars to work with all freshmen.

Retention data reveal that despite entering the university with lower math and English entrance exam scores, SAT scores, and GPAs, the 104 students who entered through the ETE program in 2009 were retained at 20% points higher after one year than the rest of the freshmen cohort: 86% versus 66%. After one year, the ETE 2010 cohort of 180 students again outpaced the retention of the rest of the freshman cohort by 20 percentage points: 94% versus 74%; and earned GPAs that were approximately .20 - .40 points higher than students in the comparison group. In 2012 (after two years), the above cohort remained 18% points ahead with an 82% versus 64% retention rate. The 214 students in 2011 entered less prepared, but after one semester outpaced the rest of the freshmen class with respect to retention and GPA: 98% versus 93%; and 3.0 versus 2.74, respectively. Further, after one year, the 2011 class had an 86% retention rate compared to 73%. 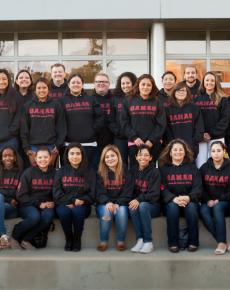